Our Members Our Peers:

Peer to peer support is one of the most powerful tools for mental health recovery. By spending time with people who have experienced similar challenges, members feel unconditionally accepted and understood. They learn from their peers' wisdom and witness firsthand that recovery is possible. In the process, our members develop a greater sense of hope, confidence, and strength. 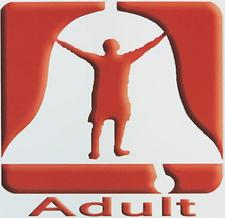 Early efforts of Mental Health America of Southeast Florida (established in 1957 as Mental Health Association of Broward County) focused on community advocacy for the delivery of competent services at the South Florida State Hospital and for the development of a community mental health system in Broward County. MHA linked its advocacy efforts to public education which included community canvassing (awareness & challenging stigma) and an annual Mental Health Forum, open to the public and held on the grounds of the State Hospital.

Be sure to check for web updates - Gallery Muses showcased soon

More recently (1996), in cooperation with the Department of Children and Families, MHA adopted a floundering consumer arts project and re-formatted it as the 9MUSESARTCENTER, a unique drop-in program themed on the arts.  The Art Center, which has over 3800 participating members, is further singled out for its philosophy of community integration.   Membership is free to persons who declare a behavioral health diagnosis and open, for a small fee, to those who do not declare a diagnosis.  9Muses also promotes community outreach by conducting art activities for individuals in hospital settings and convening art exhibits at and away from the Lauderhill program site.  Member empowerment in employment has been a long-standing policy of the MHA.

In 1988 Project Return initiated and in 1989 COMMUNITY FRIENDS, a social mentoring program for adults with mental illness, was formalized. Widowed Persons Service was terminated in 1999 when it was determined that sufficient alternatives for its service existed in the community.  The venture was unfunded. Community Friends continued as a part of the Broward County funded “CONSUMER SUPPORT PROJECT” at MHA but was re-energized and re-titled in 2006 as PROSPER(Peers Reaching Out:  Support Partners for Emotional Recovery.) PROSPER recognizes the importance and value of peer support to recovery and places its emphasis on a comprehensive health agenda that includes both physical and behavioral health.

In 1986, MHA initiated SUPPORT GROUPS for adults with mental illness.  By 1987, a Depressive and Manic Depressive group was meeting weekly and consumer facilitated.   A range of support groups have been offered in response to community need. Currently, MHA hosts Schizophrenics Anonymous, Depression Support, Anxiety Support, Depression/Bipolar Support and Recovery Workshops.

The Association’s boldest program initiative was instituted in 1992 when MHA partnered with (then) HRS to develop P.E.E.R. Center, the County’s first consumer run drop-in program. That initiative was celebrated for its success and for its innovative work in promoting the independent corporation, P.E.E.R. Center, Inc. which operated from 1993 through 1998. An offshoot of the P.E.E.R. initiative was MHA’s development and publication of “Connections”, a guide to mental health services in Broward County. An estimated 150,000 copies have been distributed at no cost to mental health consumers and their families. In addition, the guide has become a prime resource for the mental health provider community which uses it to support case management and to help consumers to self-advocate.

In 2003, MHA initiated a warm line service that provides peer assurance for persons seeking that support.  Named the SETH Line, the service is dedicated to the memory of Seth Stambaugh, a consumer for whom such phone support served as a cornerstone for recovery.  The line receives approximately 300 calls monthly and operates from 6-10 PM week-days.   The line is staffed by a qualified supervisor and a team of trained members who embrace the concept of recovery.

In 2002, the AmeriCorps Community Integration Project (ACIP) initiated as a collaborative community effort with MHA serving as the lead agency.  The project helped behavioral health consumers by assisting them as they set personal goals and devised strategies to attain those goals.  The program helped consumers to identify and maintain a network of natural supports (work, social, faith based and other links) that could sustain them once the AmeriCorps service member’s term completed.  The program was funded for five years.  Services initiated by ACIP have now been integrated into the behavioral health system in Broward County through the funding of PEER positions in most of the partnering sites.